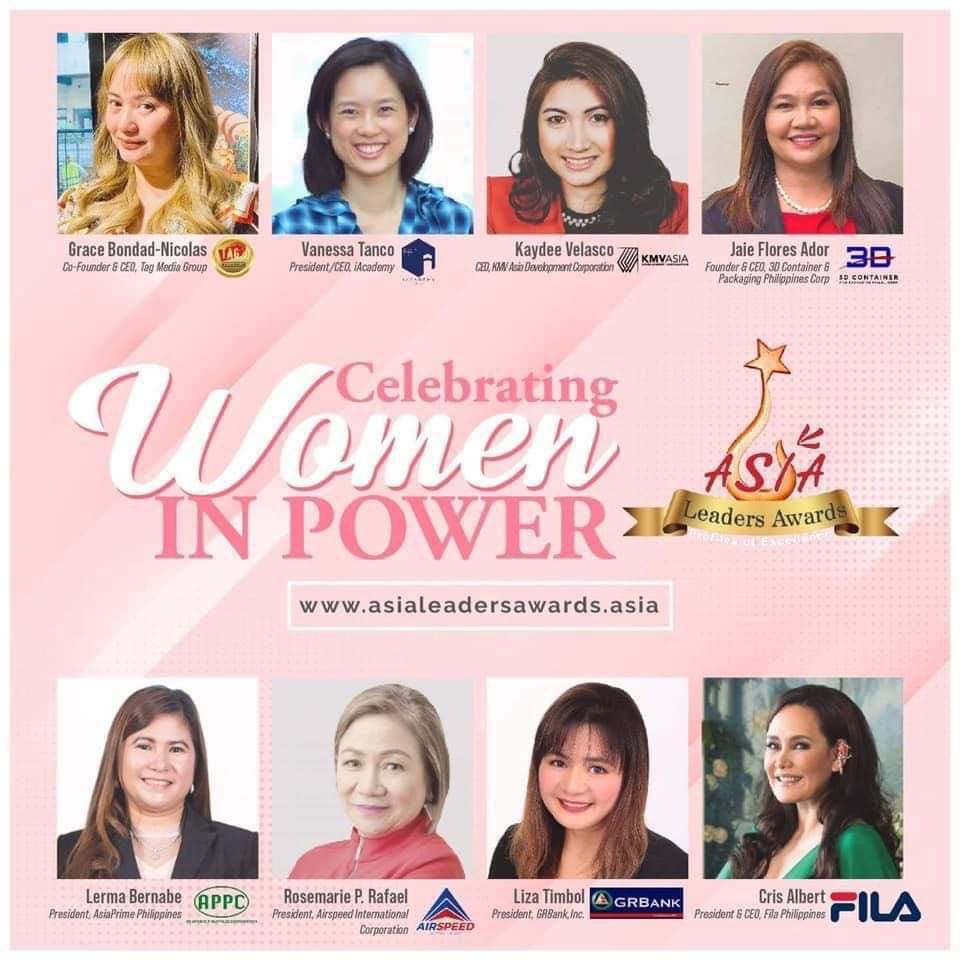 The Asia Leaders Awards 2021 (ALA 2021) will celebrate “Women in Power” on November 11, 2021 at the Embassy of Singapore by recognizing the achievements of fabulous women who have made their mark in the fields of business, entrepreneurship, leadership, and corporate social responsibility.

Engineer Grace Bondad Nicolas, co-founder and CEO of TAG Media Group and the brains behind the Asia Leaders Awards, is leading this year’s award ceremonies.

She is the current president of the American Association of the Philippines (AAP), the first woman to hold the position in the organization’s 73-year history. Concurrently, she’s is the vice president of the Makati Tourism Foundation and the Lieutenant Governor-Elect of Kiwanis Club, Division 3A, for 2022-2023, under whose auspices are clubs in Makati, Manila, Pasay, and Taguig.

Also present will be Lerma Manzano Bernabe, president and CEO of the Philippines’ leading toll company, AsiaPrime Philippines Corporation (APPC), which is one of ALA 2021’s major sponsors.

Joining them is Architect Kaydee Velasco, CEO of KMV Asia Corporation, who won last year’s Asia Leaders Awards Young CEO of the Year in Real Estate with her company bagging Green Company of the Year.

Other inspiring women leaders who would be honored this year are:

• Jaie Flores Ador, founder, and CEO of 3D Container & Packaging Philippines Corp., 3D Container & Packaging Philippines Corp. is the 2019 National Winner for Small Establishment, Industry Category, Region IVA, during the 2020 ASEAN Business Awards 2020.
• Cris Albert, president of FILA Philippines; she is the sole distributor and licensee of FILA products in the country. With 420 outlets, FILA Philippines is present in more than 280 department stores and 150 shopping malls.
• Rosemarie P Rafael, president of Airspeed International Corporation; elected as the first female president of the Air Cargo Forwarders Association, she has opened the Philippine logistics industry for female corporate leaders while steering Airspeed to greater heights.
• Vanessa Tanco, president and CEO of iAcademy; and, under her, iAcademy has been recognized as the first and only Toon Boom Center of Excellence in Asia and, for two consecutive years, as the Most Innovative Education Provider in the Philippines.
• Liza Timbol, president of GRBank, the president of the Rural Bankers Association of the Philippines, representing 429 rural banks with a combined resource of P301 billion, is also the first Capampangan and woman to hold the post.

The rest of the “Women in Power” honorees to grace the momentous ALA 2021 awarding are Merle Balicao and Virginia Lane, who were also featured in the Asia Leaders Awards Women who matters last March 2021.

Asia Leaders Awards, the only recognition-giving body whose awards committee is composed of organizations and embassies, is the largest business awards event in the Philippines and Southeast Asia.

The awards exist to promote the Philippines as a premier business hub in Asia and the world. Thus, Asia Leaders Awards’ annual awarding ceremonies are considered a must-attend occasion for business and government leaders, both Filipino and foreign.

Read more about the Asia Leaders Awards at www.asialeadersawards.asia. 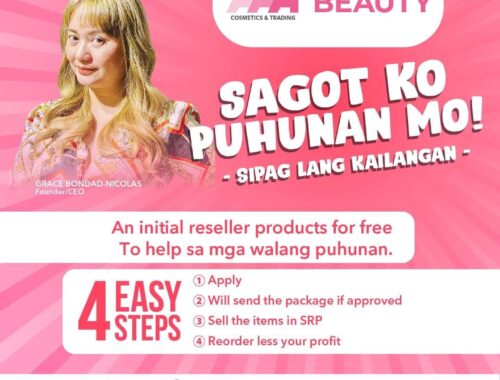 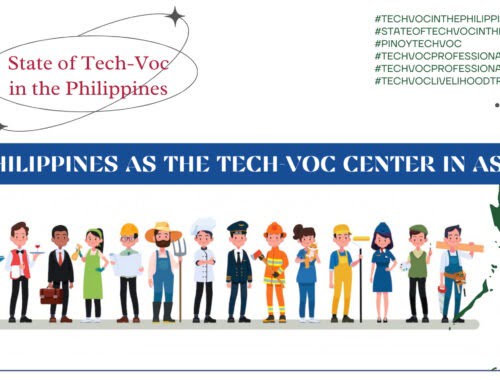