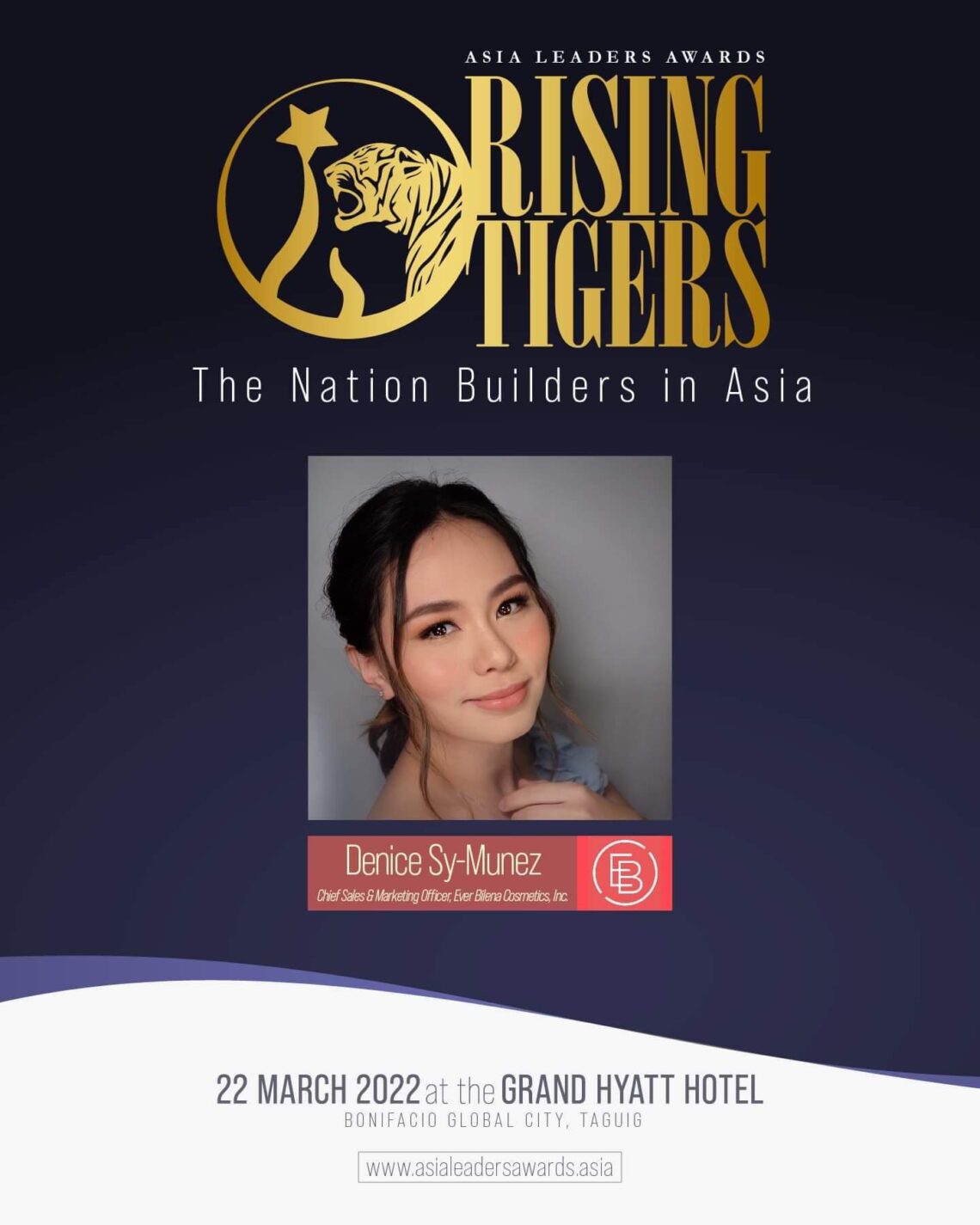 Another empowered woman Denice Sy Munez who has been recognized as one of the Top 50 Rising Tigers in the Asia Pacific to be featured in the new business magazine Rising Tigers: Nation Builders.

She is the Chief Sales and Marketing Officer for Ever Bilena Cosmetics, Inc. (EBCI), the Philippines’ leading local cosmetics company.

Denise Sy Munez earned a B.S. and an M.A. from the University of California, Berkeley, in 2014. Business Administration from the Haas School of Business and a B.A. from the University of California, Berkeley Honours degree in South and Southeast Asian studies. She was also a recipient of the prestigious Fashion Scholarship Fund in New York, and she is now a regular columnist for the Manila Bulletin.

Before joining EBCI, she worked as a Blogger, Photographer, Correspondent, Editorial Assistant, Distribution Analyst, Innovation Consultant, and CSR consultant for a variety of local and international companies. Despite being the privileged daughter of a business magnate, Dioceldo Sy, Founder and CEO of EBCI and also known as “The Father of Filipino Cosmetics,” chose to experience all of this.

Denice eventually joined his father’s company in 2014, starting as a Key Accounts Supervisor and working her way up to her current position of CSMO.

Her management and marketing style was put to test for EBCI was not spared from the economic distraught caused by COVID-19. But Ms. Denice Sy Munez and her team were quick to adapt. They successfully launched four new brands amidst the pandemic to augment declining sales from the company’s core mass color cosmetics business. The brands they launched, namely Hello Glow, Ever Organics, Spotlight Cosmetics, and Hyaloo helped EBCI sustain its operations.

Chief Marketer with a Heart

During the hard lockdown on the early part of the pandemic, EBCI was one of the few companies that continuously gave full salaries to their employees despite the halt in their business operations. Such a selfless act of sacrifice for the business owners. But they did it.

“It’s the heart to give back to the people who helped bring the company where it is now. That’s one of the reasons why I stayed on board.”

A wife, mother, and daughter, but also the chief marketer of EBCI, Denice effectively manages her time to put balance in between.

Unprecedented Growth Despite the Odds

EBCI has also steadily increased its reach by opening over 1,000 new doors with key trade partners for all of its brands. EBCI is currently the most widely distributed cosmetics line in the country, with placements in major retailers such as Watsons, Mercury Drug, SM Group, Alfamart, Robinsons Group, and Puregold, among others.

Ever Bilena remains the Philippines’ leading cosmetics company, with over 5,000 retail outlets nationwide and a dealer network of 250,000 resellers.

More information about Ever Bilena can be found at www.everbilena.com.ph.

Asia Leaders Awards take the opportunity to recognize this Marketing Expert with a Heart, Miss Denice Sy Munez, among the Top 50 Rising Tigers in the Asia Pacific through the launching of the Rising Tigers: Nation Builders Magazine.

This latest publication will feature the best and the brightest in the Philippines and Southeast Asia who never fail to balance commitment to growth with corporate social responsibility, even during the most trying times.

“Asia Leaders Awards Presents the Top 50 Rising Tigers in the Asia Pacific to motivate us all that, despite the challenges, we will emerge triumphantly. These are the top leaders with the very new vision of the world now.”

Shared by one of the ALA Board members Robert Laurel Yupangco, grandson of former President Jose P Laurel and owner of 36 businesses around the world.

This milestone, another brainchild of the Asia Leaders Awards (ALA) Committee, will be held on March 22, 2022, at the Grand Hyatt Manila at the Bonifacio Global City in Taguig. 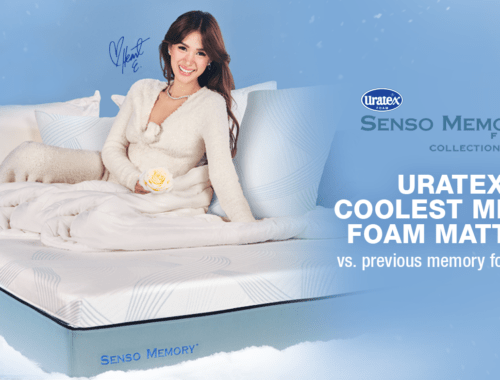 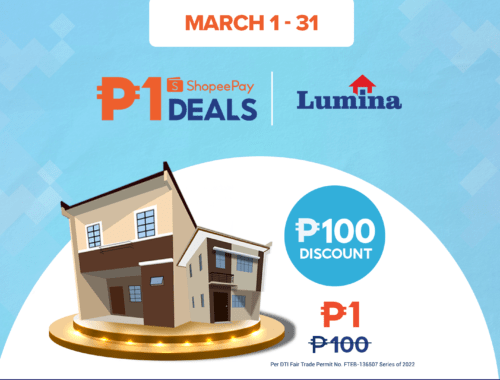 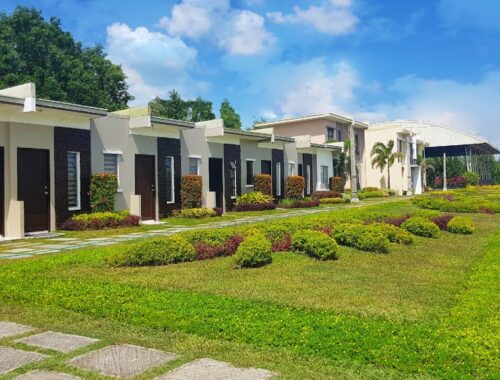 Lumina goes all digital and future-ready